LIVE, together with Vivona produced tasting card for the whiskey manufacturer Masterson’s. Buffalo Hunter, Sheriff, “Gambler”, newspaperman and Buffalo hunter – William “Bat” Masterson was a miscellaneous man and a legend in western America. This whiskey serie is a tribute to him and is made of wheat, rye or barley. You use the card to read about the kind of whiskey at the tasting. Meanwhile, fill in for each whiskey what you thought about it. 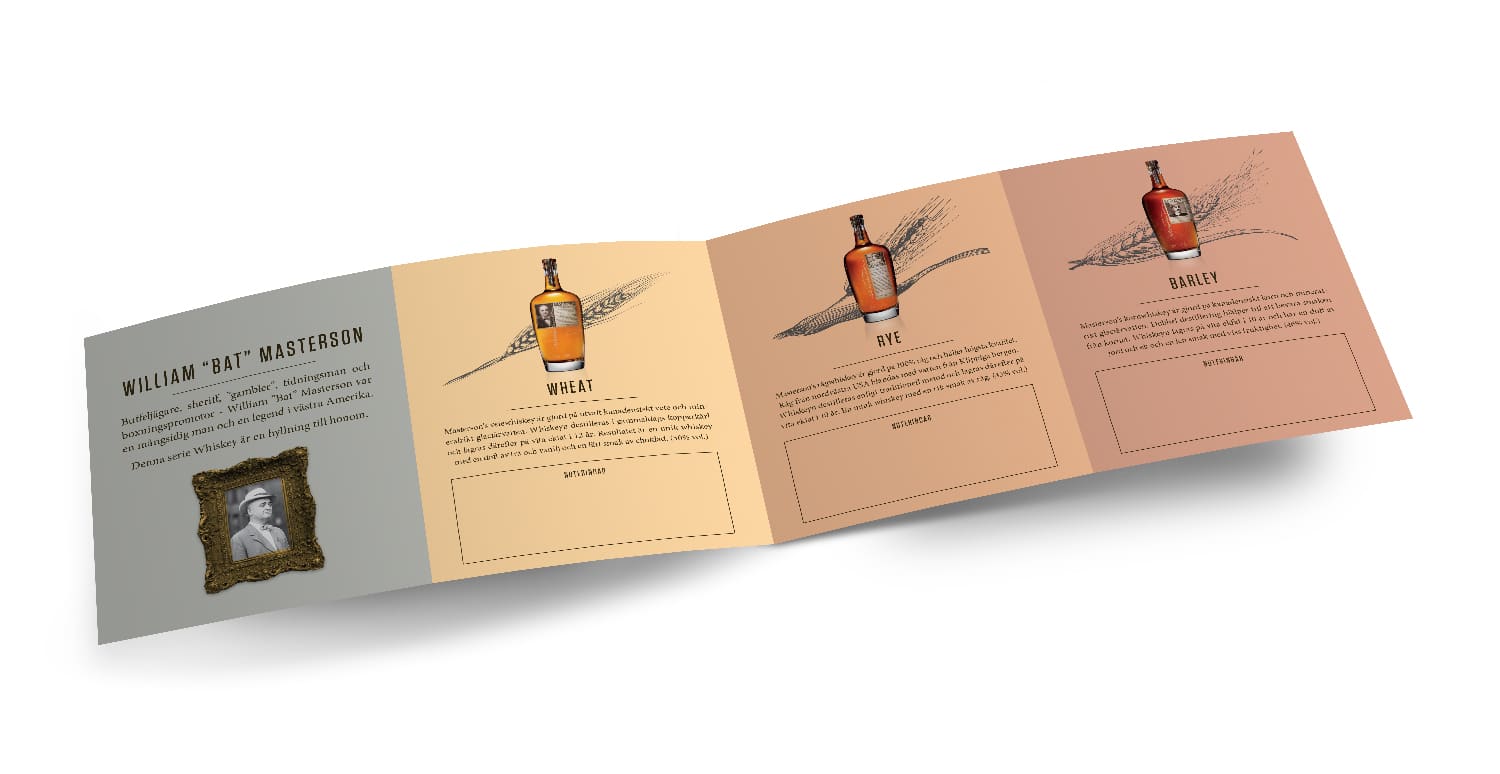