LIVE has helped So to Speak with graphic design of a six-sided folder.

To learn a new lanuage is demanding. When we’ve learned our first language, our parents and other were our full-time teachers during several years. Then we’re about to learn foreign language in school or as an adult we don’t have that luxury. However, we have other advantages, like we can write and read and actually know a lot of things about how the world works. Yet there are many who fail to learn foreign language and we have all ever been annoyed by immigrants bad pronunciation in Swedish, even though they have lived here for many years. Some people think it must be like this. That our brains lose the ability to learn languages as we get older. Modern neurological research shows that this isn’t true. We learn new language in the wrong way, and with the right method we can achieve very good understanding and a much better pronunciation. 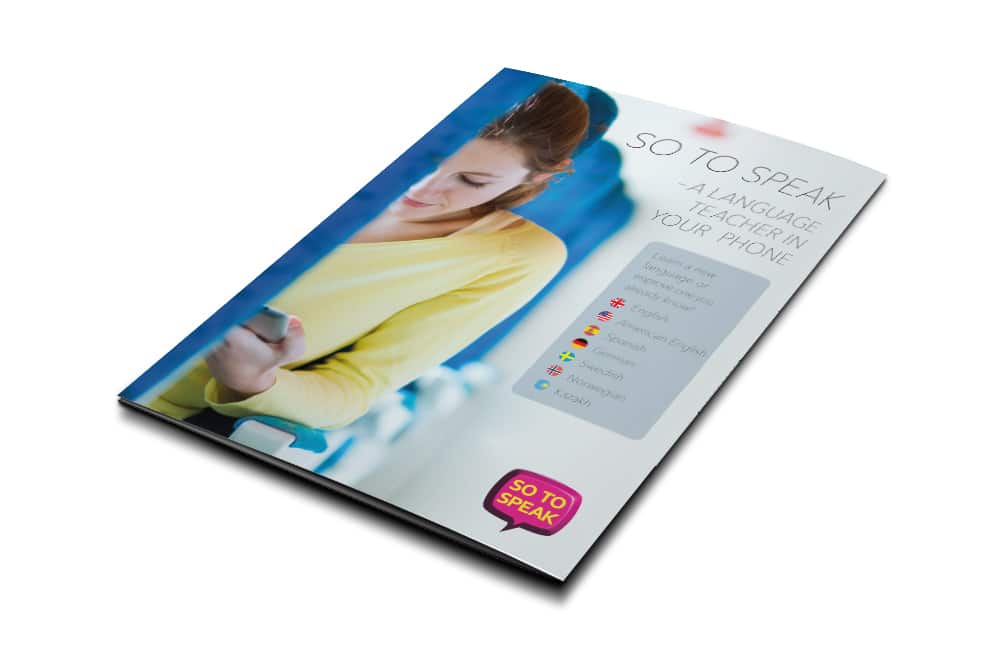